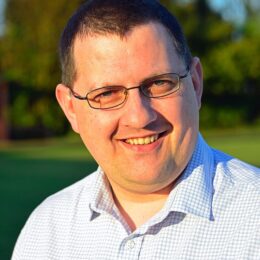 He is also involved in community media projects on radio and television.  He attends the local Salvation Army church where he is part of the finance team and plays in the brass band. Other interests include photography, travelling, music, cycling and generally relaxing with his family.

Edd is a Trustee of HI Friends.